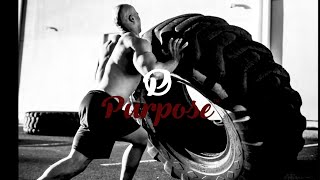 In this episode we sit down with personal trainer, fitness coach and bodybuilder Nick Murillo Deluz as he explains how he realized his PURPOSE was to help people get fit. Growing up in Killeen Texas with a father in the military he learned basic training. As he got older he went to school for fitness science and got his certification through ISSA. He became a vegan 2 years ago and still maintains his physical fitness despite all of the misconceptions on being a vegan and a bo